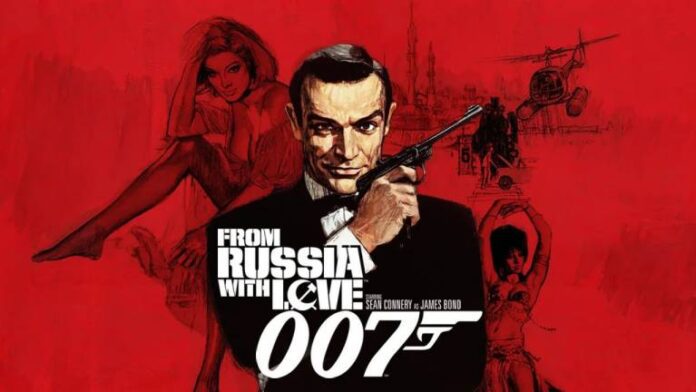 Are you looking for the Best PPSSPP Shooting Games to download and play on your PSP console or Android device? If yes then I’ve got you covered in this article you’re reading on MyTechNg.

PSP Shooter Games are also the action games we play on PSP, you can check out some of the Best PPSSPP War Games in one of my written articles and you’ll find some shooting games being listed among some of the games.

If you’re not a fan of PSP Football Games and you prefer something more thrilling, then this article you’re reading is the perfect one for you. I’ve handpicked the best ppsspp shooting games out there and I’ve also provided the direct download links for these games as well and if you don’t know how to sort them out, everything is in the article already.

These games are listed based on their popularity and also the reviews people give about them. While PSP games might seem old and outdated, there are still people who enjoy playing PSP games on PPSSPP and I’ll provide some of these games for you in this article. 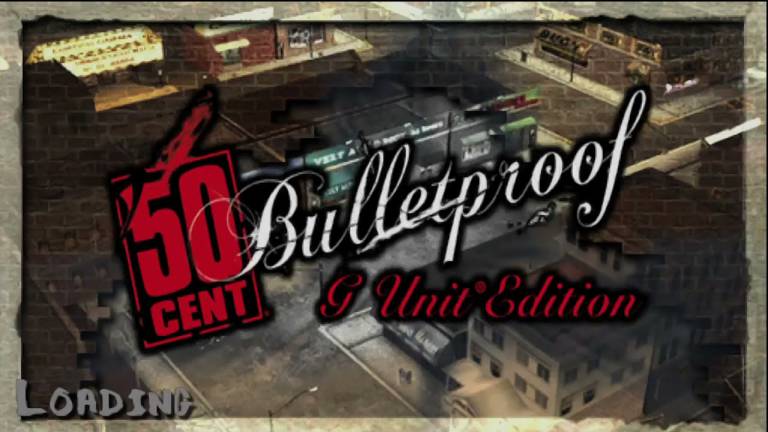 The first game on the list is 50 Cent: Bulletproof and it’s a game that features legendary rappers like 50 Cent, Dr Dre, Eminem and co. Everything in this game is all about shooting and it has different game modes like Arcade Mode, Li’l Smokey and so on. The game has a good plot and it has nice graphics as well, it’s one of the best shooter games on PSP.

2. From Russia with Love 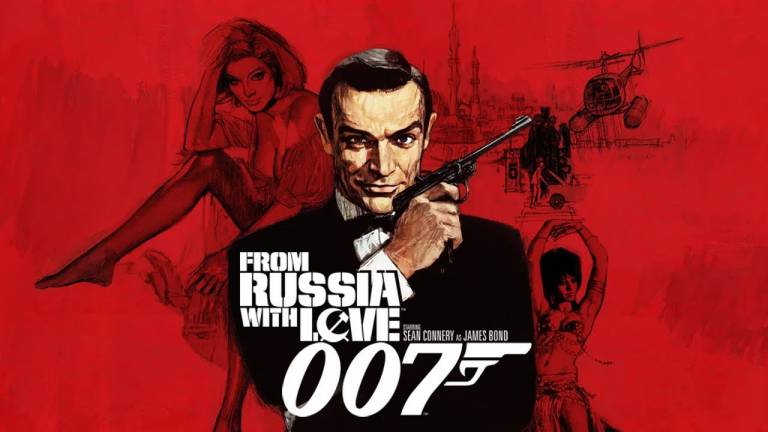 From Russia with Love is a game where you’ll have to play as James Bond, it’s a third-person shooter game and there are over 14 different levels you can play in this game. Every mission has objectives and you must pass them all before you can proceed to the next level in this game. You can download From Russia with Love via the download button below. 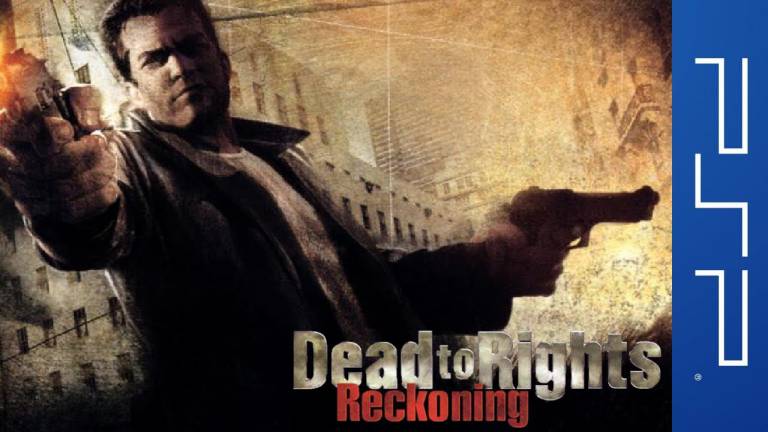 Dead to Rights: Reckoning features a third-person shooter game and it’s a game where you can apply over 29 different cheats in this game, it’s the perfect shooting game you’ll love to download on your Android device, it has different guns like pistols, shotguns, submachine guns and also melee weapons. Dead to Rights: Reckoning is one of the best ppsspp shooting games to download on PSP and Android. 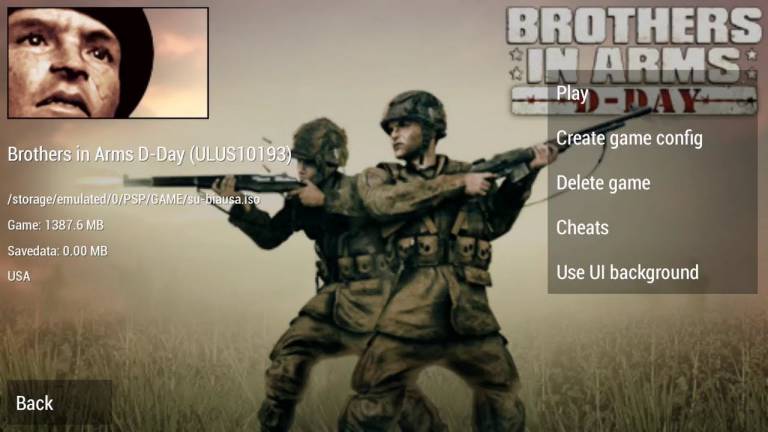 Brothers in Arms: D-Day is a single-player/multiplayer game on PSP and it’s a game where you have to face off enemies in a war zone. This game has nice graphics, smooth controls and a nice plot. You can use different types of guns in this game, it features intense shooting and that’s why it’s one of the best shooter games for PPSSPP. 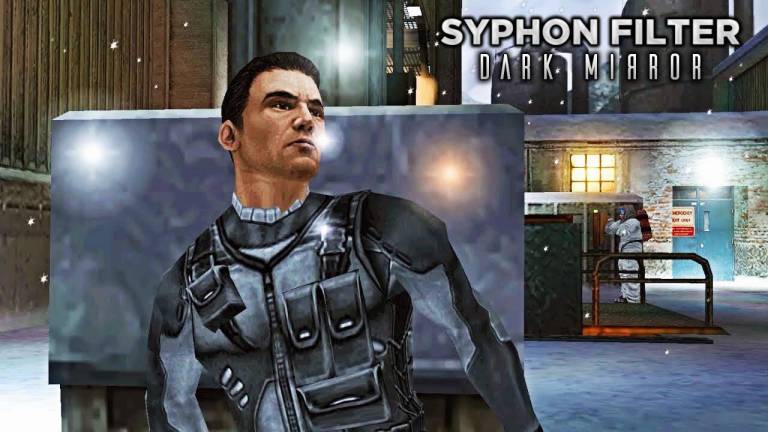 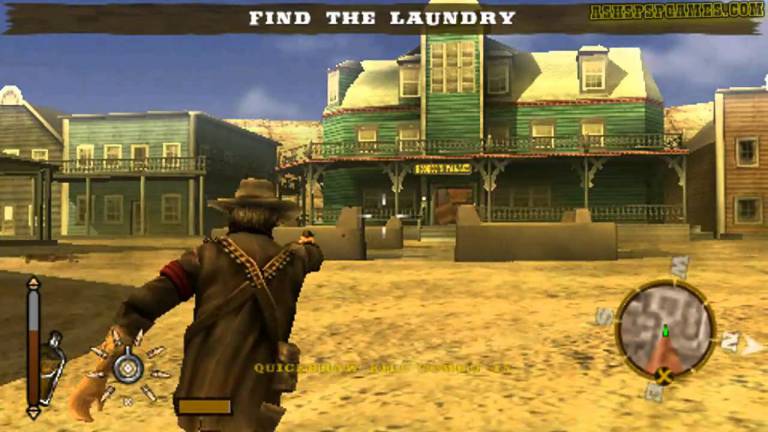 Gun Showdown features a single-player and multiplayer gameplay where you can play three different game modes, the game is pretty straightforward and it has nice graphics. The single-player mode is pretty intense but nevertheless, it’s a game that’ll keep you glued to your screen. 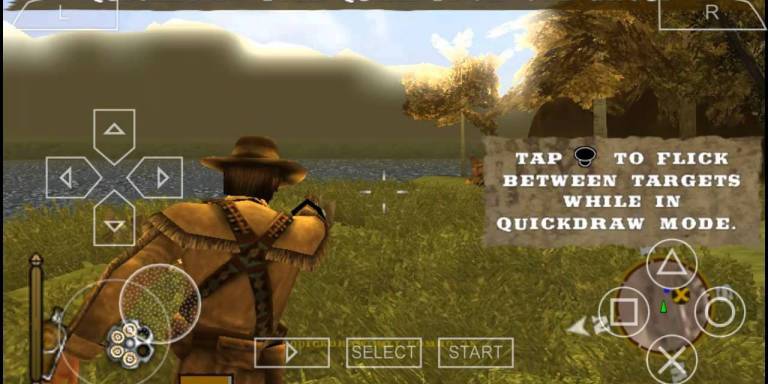 Gun is different from Gun Showdown, Gun features a different style of gameplay. This game is a western-themed action-adventure game where you’ll have to play the role of a cowboy and while doing so, you’ll ride horses and use some really old weapons. This game is one of the best ppsspp shooting games you can download on Android. 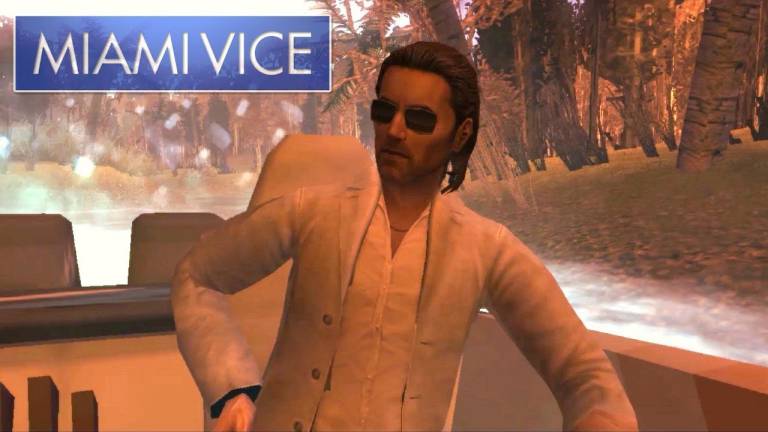 Maimi Vice: The Game features gameplay from the Maimi Vice movie, this game has just two game modes and both game modes are Singleplayer and Multiplayer. In the singleplayer mode, you’ll be playing the career mode which features nonstop missions. The first mission is in a Mansion with plenty of enemies, so get prepared. 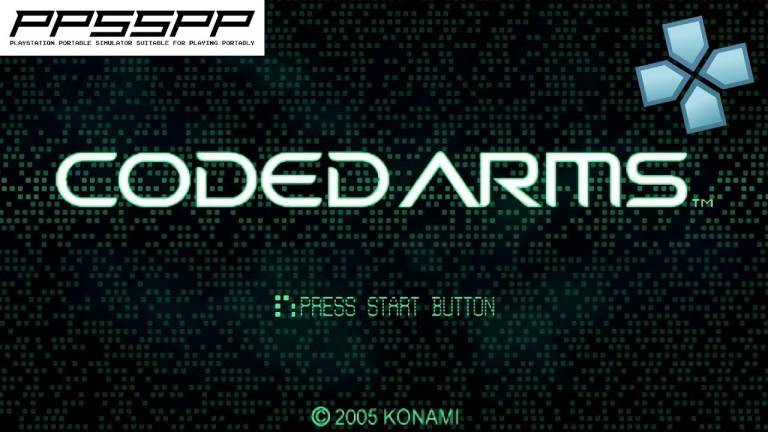 Coded Arms is one of the best ppsspp shooting games you can download on your Android and PSP, this game is very interesting and it’s a game that features a multiplayer mode with game modes like Deathmatch, Keep The Mark, Last Man Standing and so on. It has plenty of missions and you can also select over 30 different weapons in the game. 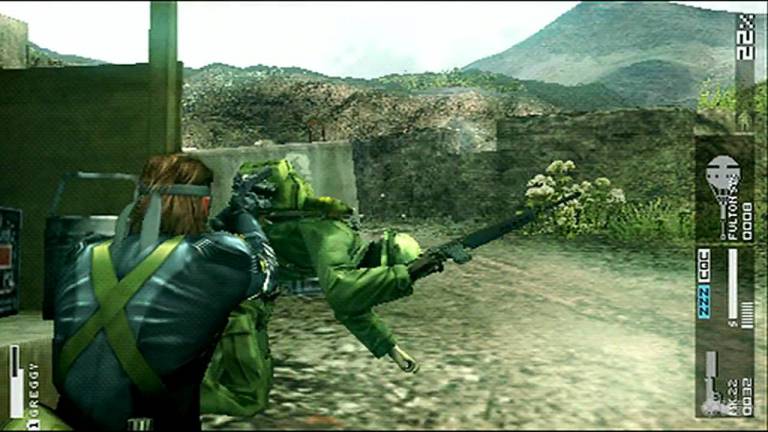 Of all Metal Gear Solid games on PSP, Peace Walker seem to be one of the best because the game features a lot of improvements like quality sounds and graphics, newly added missions and also easy controls. This game is quite addictive and it’s one of the best ppsspp shooting games you can download via the download link below. 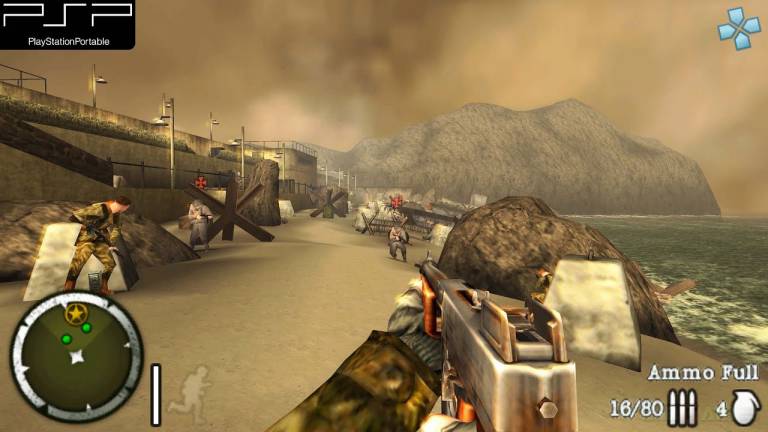 Medal of Honor: Heroes is one of the best Medal of Honor games on PSP and in this game, you can play as a solo player and also multiplayer. The multiplayer will allow 32 players in a match and there are other game modes like Infiltration, Demolition, Hold The Line, Battlelines and Domination. Medal of Honor: Heroes also give room for different weapons like M1 Garand, Kar 98, Thompson submachine gun, Mp40 submachine gun, M1911 pistol, Luger pistol, Panzerchreck, and Bazooka, and that’s why it’s one of the best ppsspp shooting games. 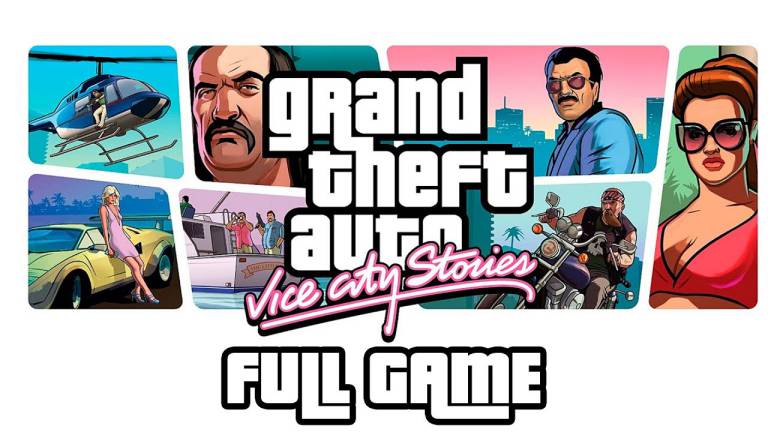 GTA: Vice City Stories sets the perfect example of a PSP Shooter game, this is a game you’ll play on your Android device and never get tired of playing. Most of the missions on Vice City Stories involve using guns and there are plenty of guns you can use in this game, it also supports cheats and it’s a very interesting game to play on PSP. 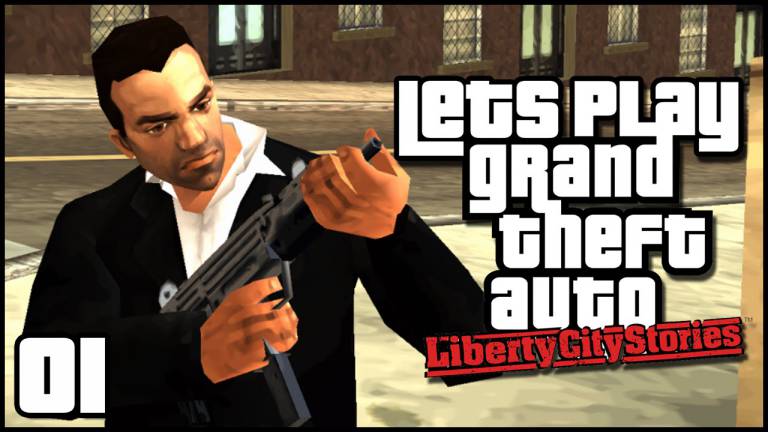 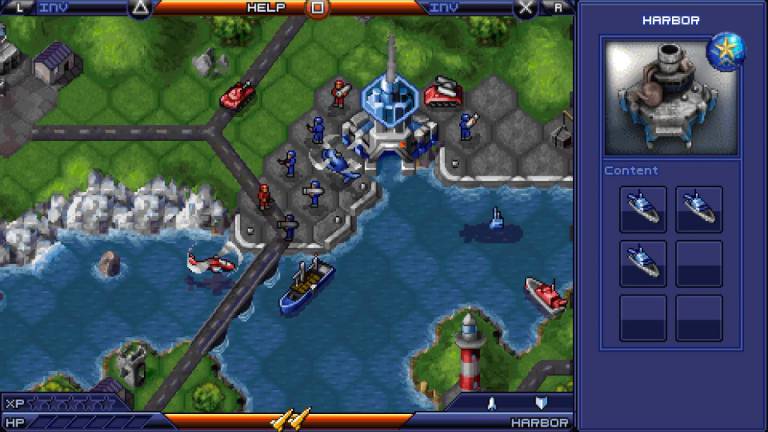 Tom Clancy’s EndWar is a strategy game on PSP and this is a game where you’ll control helicopters and tanks to destroy enemy bases and equipment. This game isn’t an action type of game but it’s a game where strategy comes into action. It’s quite fun to play and it has a nice game sound and awesome graphics, it’s one of the best ppsspp shooter games to download. 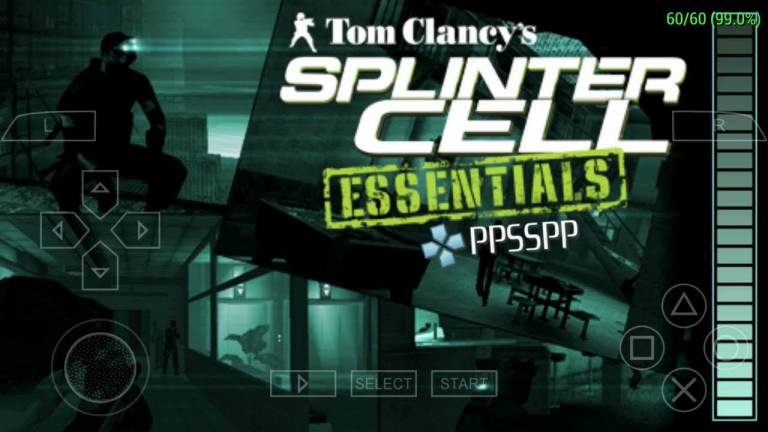 Splinter Cell: Essentials isn’t a bad game to play on PSP and it’s one of the best shooter games on PPSSPP, this game has improved graphics and also contains plenty of missions, you can use stealth pistols in this game and some machine guns makes Tom Clancy’s Splinter Cell: Essentials one of the best ppsspp shooting games to download on PSP and Android. 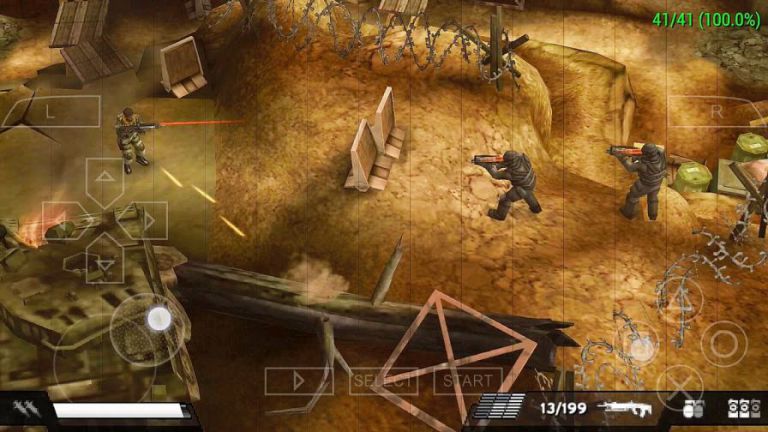 Killzone: Liberation is an action game on PSP with cool features of a shooter game as well. This game isn’t the type of shooting game with plenty of missions, there are over 5 different missions in this game but what makes it a recommended shooting game for PPSSPP is the gameplay, it has cool graphics and is also very easy to play, you can download it below. 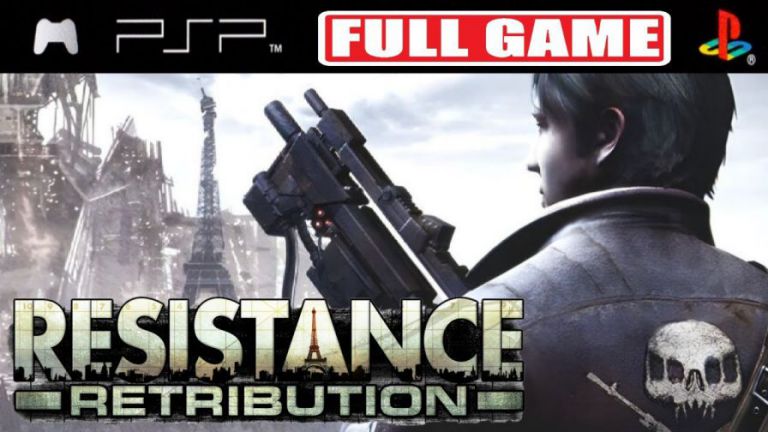 Resistance: Retribution is a third-person shooter game on PSP and this game has a lot to offer in terms of features, missions and graphics, it’s a singleplayer game and you can play as a multiplayer as well, this game features 5 different game modes and some of the game modes you can play on Resistance: Retribution, Deathmatch, Team Deathmatch, Containment, Capture The Flag and so on. It’s one of the best ppsspp shooting games out there. 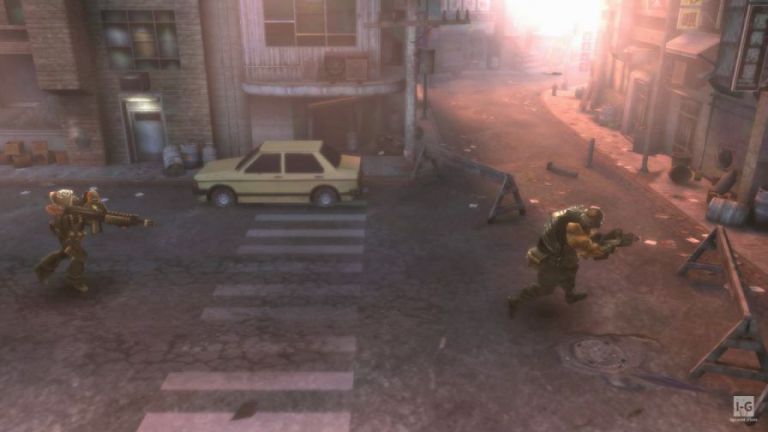 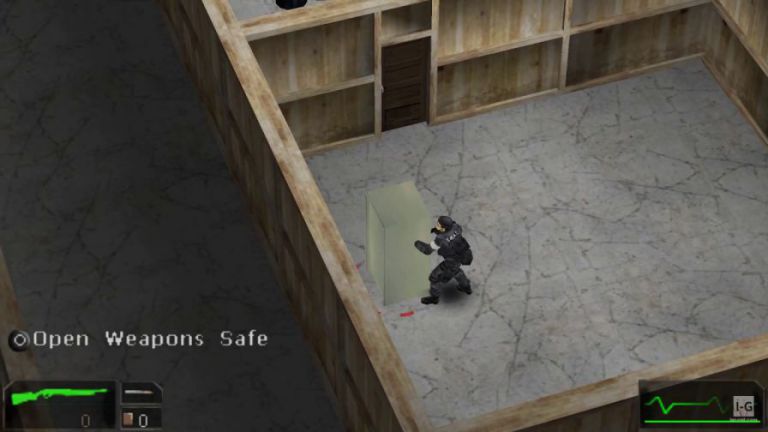 SWAT: Target Liberty is a game of tactics, it’s a standard tactical shooter game on PSP, you can play this game with squad members and it’s one of the few realistic games on PSP, it has a lot of features and it offers a unique gameplay experience, there are plenty of randomized AI enemies in this game and they make it a real deal, it’s one of the best ppsspp shooting games and you can download it below. 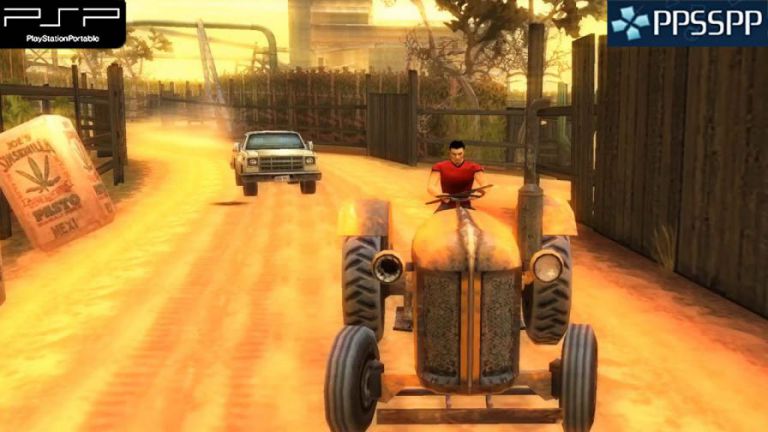 Chili Con Carnage is a game where you’ll have to play as Ramiro Cruz, you’ll be avenging the death of Ram Cruz’s father after he was murdered. The game can be played as a multiplayer and also singleplayer, you’ll experience a nice gameplay experience, it’s a nice game and also of the best PSP shooting games you can download, you can use the download button below to download Chili Con Carnage on your device.

How To Install Best PPSSPP Shooting Games on Android

If you want to know to set up PSP games on your Android device, you should follow the steps below, you can also use this method to install any of the best ppsspp shooting games you downloaded from this article.

Still need more? Don’t worry, more PSP Shooter Games will surely be added soon. Just make sure you always check this blog post from time to time and don’t forget to leave a comment below if you find it difficult to set up any of the listed games on your Android device